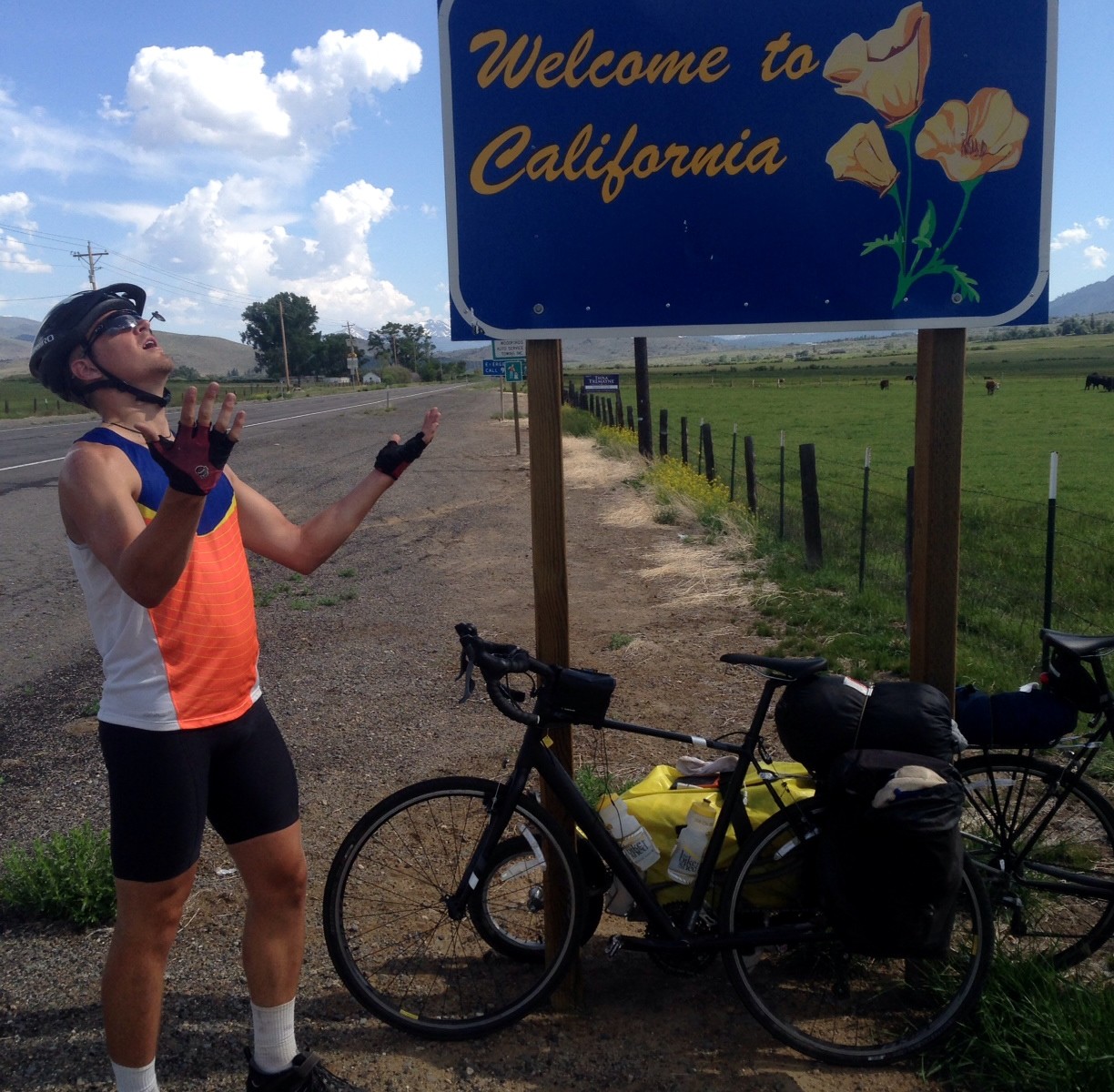 100 miles ago we were in Fallon, NV… now we’re sitting on top of Carson Pass, California which happens to be our very last mountain to get over. Wow.

We departed from Fallon, NV this morning at 6:40am, and by noon we had already gotten to Carson City, NV which was 59 miles away. Our mindset was to get 100 miles today so we could join the ‘century club’, and we had a great first half of the day to get us there! After eating lunch at Little Caesar’s, we headed out to get to the California border (20 miles). Along the way there were some incredible houses in the grassy pastures around Genoa, NV. It would definitely be a great place to live with all the scenery surrounding you and a large city like Carson City only 14 miles away.

Then… we reached the border. Finally! We have successfully pedaled our way up and down mountains and through deserts from Nebraska to California, and we’re only 3 days from our final destination of San Francisco. Words cannot express how exciting it was to reach this milestone!

After the border it was all uphill from there, a total of 14 miles to get to the campground for the night which happened to put us at exactly 100 miles for the day. Our legs were starting to show signs of fatigue, but we had a mission and nothing was going to stop us from completing it. At 7:30pm we rolled our way into the campground where we met two other cyclists who helped us figure out where to pitch our tent and pay.

What a day! Two huge milestones which puts us 9 miles from the summit of Carson Pass. Once we get over that hump it’s all down hill from there to the ocean. 212 miles remaining…

“Every man can transform the world from one of monotony and drabness to one of excitement and adventure.” – Irving Wallace 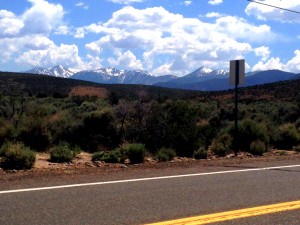 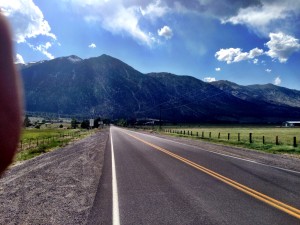 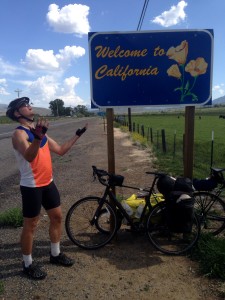