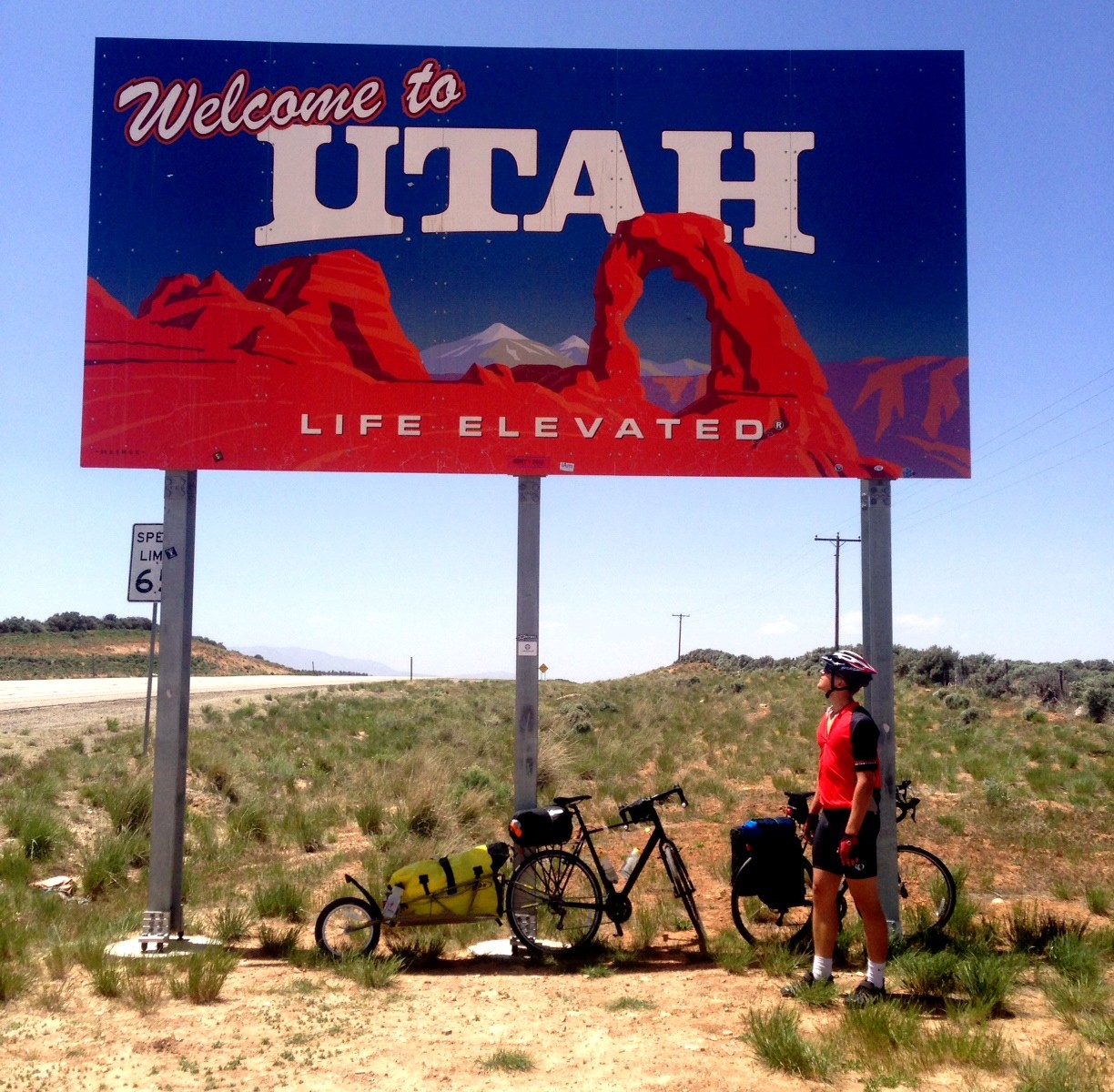 Today was the day we officially left the Rockies (or so I consider). The morning started off slow because of the cold temperatures last night, but we were leaving our campground in Dolores at about 9:15 am. The hills began to roll up and down, just as our map indicated with its elevation profile. The upward slope was barely short enough that we were able to gain enough speed from the downhill to get on top of the next hill without having to walk. However, this method of riding continued nonstop for approximately 30 miles.

We rolled into Dove Creek, CO at around 1pm to eat lunch. I was getting tired of peanut butter sandwiches, so I went into a local panini store. They had some incredible food that I devoured: a great tasting, hot, panini, homemade yogurt, and homemade carrot cake balls. After lunch, Seth and I began our second half of the day to ideally get to Blanding, UT. Just 8 miles up the road from our lunch spot was the Utah border… finally! As my grandma Doris pointed out, we’ll still have mountains in Utah, but fortunately nothing compared to the Rockies.

Twenty-some miles after the border, the town of Monticello was roughly 7 miles away. That’s when the wind picked up. There was a nasty crosswind from the South (as we were riding West) that slowed us down immensely. With the rolling hills already slowing us down, this really deterred our progress to Blanding. A very long mile outside of Monticello, Seth and I both agreed we would stay there [in a hotel] for the night so we could prepare for tomorrow.

Looking at our map, we have about 20 miles to Blanding, UT, and after that there isn’t a single town listed on our map for an entire 74 miles. We took the hotel tonight because we knew tomorrow was going to be a ‘tent-in-a-ditch’ kind of night. Tomorrow will be the real test on how we fare with limited water.

“Make everything an adventure. Otherwise, it will suck.” ― Nita Morgan 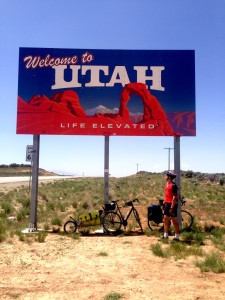